We won’t have Medicare II without federal leadership — Himelfarb 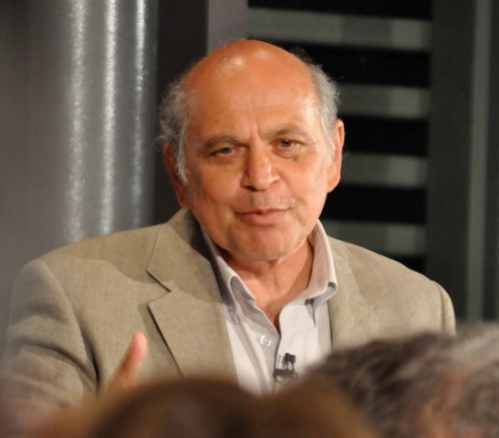 Alex Himelfarb understands the 2004 10-year health accord better than most. At the time it was negotiated, he was the highest ranking civil servant in Ottawa.

The $41.3 billion Accord was supposed to fix health care for a generation. It would reduce wait times, provide catastrophic coverage for costly prescription drugs, focus on strategic health human resources, invest in first dollar coverage for home care, conduct primary health reform, and increase accountability and reporting to citizens through the Health Council of Canada.

Himelfarb, now director of York University’s Glendon School of Public and International Affairs, doesn’t dispute that it failed to reach expectations, but argues that has a lot to do with the Harper government which never wanted the plan to work.

“They didn’t do all they had to do as a government, then said it didn’t work,” Himelfarb said last week at a luncheon held by the Canadian and Ontario Health Coalitions.

Himelfarb and Wendell Potter, a former U.S. insurance executive turned whistleblower, are touring the country to talk about the demise of the accord and the ongoing attacks on public Medicare.

The answer, says Himelfarb, is not to throw up your hands and say it didn’t work, but to negotiate a better accord – one with teeth.

While the accord was hardly a fix for a generation, it came at a time when health care was struggling amid significant cuts by the provinces. That meant some of that investment had to include “catch-up.”

It also failed to bring the Federal government up to 25 per cent of health care funding, but the share did rise to 21 per cent by 2012. (At the dawn of Medicare the Federal and Provincial governments cost shared on a 50-50 basis).

There is considerable politics in labelling the accord a failure, a point the Harper government no doubt relishes given it has chosen to throw its money on the table and simply walk away.

According to the Canadian Institute of Actuaries and Society of Actuaries, the committed funding will not sustain the Federal government’s share going forward into the future. The actuaries claim that the “take it or leave it” offer from the Feds will reduce their share to 14.3 per cent by 2037.

Himelfarb points to a March 2012 Senate committee report on the accord which tells a different story about its efficacy.

The committee did acknowledge that governments mostly had met their obligation to establish benchmarks in four of five priority areas and reported on the progress.

The targets did result in an increase in surgeries and diagnostic imaging services in four areas – cancer, heart, sight restoration and joint replacement. Eight of ten Canadians now fit within the targeted timelines for access, nine out of ten for timely cancer radiation treatment.

The plan did result in “significant increases in the supply of health professionals” although shortages still persist, particularly in rural and First Nations communities.

There was also some progress on the Territorial Health System Sustainability Initiative which addresses the high cost of health-related travel in the north, the burden of chronic diseases and mental health as well as recruitment and retention of health professionals.

While progress on the National Pharmaceutical Strategy was disappointing, the results were mixed. Some jurisdictions had moved forward on catastrophic drug coverage and the Common Drug Review had helped some jurisdictions contain costs.

In terms of public health, the committee found the plan to develop a Pan-Canadian Public Health Network was achieved, as were increased investments in the National Immunization Strategy.

The Senate reported that significant investments had been made in health research that allowed for discoveries to reduce adverse reactions and mortality rates as well as cut costs across health systems.

There is little doubt that with an activist government in Ottawa the achievements would have been much more.

The Senate Committee makes many recommendations that could form the basis of a new accord, including finishing what we started and addressing areas left out of the first accord, such as the social determinants of health.

Instead the Harper government just bailed out.

This entry was posted in Uncategorized and tagged Alex Himelfarb, Health Accord, Wendell Potter. Bookmark the permalink.