The wake for the Health Accord was great, but what’s next? 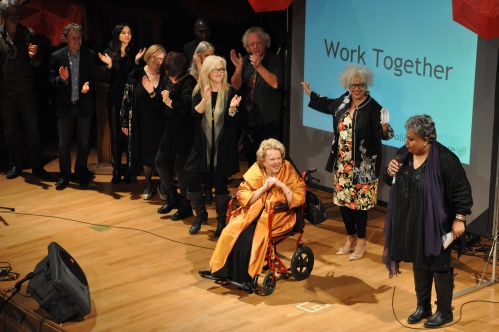 There’s got to be a morning after.

Yesterday more than 40 communities across Canada marked the end of the 10-year health accord between the provinces and the federal government.

Listening to actress Shirley Douglas speak last night at one of those events in Toronto, its clear many Canadians believe there is much more at stake than a framework agreement that trades health care objectives for cash.

Before the rally began last night, the daughter of Medicare founder Tommy Douglas told the Toronto Star that her father had warned of the slow strangulation of health care, telling her “if you don’t get up and fight for it, you are going to lose it.”

With her 80th birthday just a couple of days away, Douglas vowed to fight on for the next decade if necessary, pausing to add the caveat provided she’s still around.