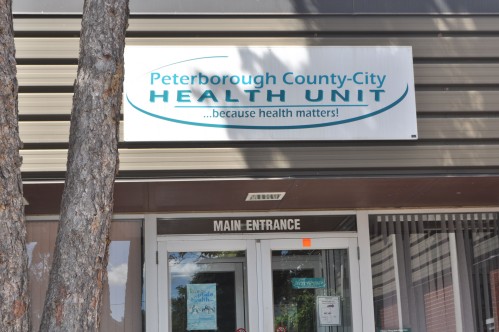 The Peterborough County-City Health Unit claimed it couldn’t afford to make overdue pay adjustments in September for its smallest bargaining unit. The question is, does it have the resources it needs to respond to the next big virus?

In September Peterborough residents narrowly avoided the first strike in their health unit’s history. Despite acknowledging significant inequities in how they compensate staff, the Peterborough County-City Health Unit argued they couldn’t afford to play catch-up with the smallest of the unit’s three staff bargaining units. Professional staff at PCCHU were earning as much as $3,000 a year less than internal counterparts with identical job descriptions.

That should be worrying for more reasons than just internal equity.

They key to health reform is to ensure there are sufficient resources upstream so that expensive problems don’t fester downstream.

The PCCHU admits that for some programs there have been no increases in funding for about a decade.

Public Health Units played an important role in limiting the spread of SARS in 2003-04. According its website, Public Health Ontario has been recently working with the Ontario Ministry of Health and Long-Term Care, the Public Health Agency of Canada and other partners to monitor and provide timely guidance regarding the respiratory illness EV-D68. Should Ebola be confirmed in Canada, public health units will also be called upon to track and stem the spread of the deadly virus.

END_OF_DOCUMENT_TOKEN_TO_BE_REPLACED

Incendiary Video: When it comes to food, less bad is not good

Earlier this year we posted a link to a video presentation by Dr. Yoni Freedhoff that was supposed to be delivered to the food industry. The Ontario Medical Association got asked to send a representative to speak on what the food industry could do to improve public health. That presentation never got delivered — they cancelled out on Freedhoff. The Ottawa family doctor decided that if the food industry didn’t want to listen, perhaps the rest of us would. Since then, more than a quarter of a million people have logged in to view that presentation on YouTube. Freedhoff has been tweeting this week about a new rant challenging the findings of a report that suggests kids today are marginally more healthy than their counterparts 10 years earlier. While we were on his Weighty Matters site, we noticed that there is a follow-up video to that original food industry presentation that suggests what public health should do, including stop appointing food industry representatives to sit on public health panels.  Deb Matthews’ Ontario Healthy Kids Panel is one such example. Freedhoff also shows that the Heart and Stroke Foundation Health Check program is less than reliable, including an endorsement of grape juice that the OMA suggests should have a warning label much like we attach to cigarettes. As for children’s hospitals and schools — maybe these public institutions should stop promoting pizza sales especially at a time when childhood obesity is a growing concern. Absolutely incendiary, check out Freedhoff’s 15-minute rant from last February on the role of public health:

Too frank for the food industry

Last year Dr. Yoni Friedhoff was invited by the Ontario Medical Association to speak at a small food industry association breakfast. Just days before the event, the organizers uninvited Dr. Friedhoff without any explanation.

Having prepared his Powerpoint and talk, he decided to post it on-line for all of us to hear and see. In fact, more than 228,000 people have already viewed it on YouTube.

Friedhoff says the food services industry has a fiduciary duty to make profits and zero responsibility to protect public health. That responsibility should be up to us, including levelling the playing field so that ethical food producers can compete with those who make false claims about the health of their products.

To watch Dr. Friedhoff’s amazingly frank and entertaining presentation, click on the window below. When you’re done, Dr. Friedhoff encourages us to pass it on.